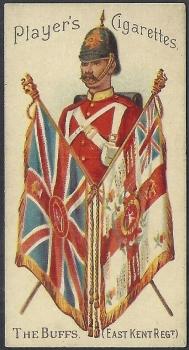 The Kent Card Club meet on a regular basis from 4.30 p.m. to 8.30 p.m. at Crofton Halls, Crofton Lane, Orpington BR6 8PR. This is an excellent venue, right next to the Orpington Main Line Railway Station, and you can get a bus or train to the centre of Bromley, or even Central London which is only 25 minutes away. Alternatively, if coming by car, there is free on-site parking. The building itself is a modern complex with good lighting, offering three halls for hire, and it hosts several other collectors fairs through the year, always proof of good facilities and lighting!
The Branch also has a Christmas special; just watch this space for all the details.

To all our current dealers, many thanks for all your support throughout 2019 and the beginning of 2020, for bringing such wonderful cards, and in some cases for coming such a long way to see us. We are glad that we were able to start letting you come into the hall to start setting up from 3.30 pm.

To our officials, helpers and visitors, may we take this chance to say how much we really appreciated you all. Visitors may not realise that all our “staff” give their time and effort for free, not just during the meetings but in the other many hours of preparation and packing up.

And although Tony was unbelievably delighted to win “The Member of The Year Trophy” at the Convention in Nottingham in 2019, our “behind the scenes” members also deserve to be included in the success.

Our thoughts have been with all our collecting friends throughout the recent events. We hope you remembered spending some of your time with us and that your memories will  become reality again in the very near future.

There have been several other Kent card clubs, so let us trace their story...

According to an advertisement, “The first meeting of the Kent Branch of the Cartophilic Society will be at “The Bull, Gabriels Hill, in Maidstone, on Wednesday the 16th of February 1983”. We have a note that thirteen members came, and that the next meeting was announced to be on March the 2nd 1983, then regular meetings would continue as the second Wednesday of every month from April. At that time the secretary was Mr J Curtis. Sadly the inn is no longer in existence. But you can read all about it at:

We are not quite sure whether this was disbanded or it became one of the branches mentioned below.

This was based in Canterbury, and meetings were held at The Social Center, in Sturrey, on the fourth Tuesday of every month starting at 6.50. It relocated in the late 1980s to “The Chaucer Club” in Canterbury.

This was run by Bob Hogben of “Rob Roy Albums”, based in Orpington and meeting at Crofton Halls in Orpington on the first Thursday of alternate months from 6 – 10 pm, except for December, when they held their Christmas Fair, which was on a Saturday from 10 am to 4 pm. After the death of Bob Hogben, it was decided to combine the two clubs into one single “Kent” club. Owing to its more accessible location, they decided to use the North Kent venue of Crofton Halls. Meetings were held on the first Thursday of every month, save January or August when they did not meet. They used to operate on Winter and Summer time, mainly because a number of the members had been having to leave before the end in order to catch their trains – so “Winter” meetings started at 4.30 pm, and closed at 8.30 pm, while “Summer” were later, starting at 6pm and ending at about 10pm. Entry cost £2 per person, which included a strip of raffle tickets. The raffle happened at 6.30. And any visitors arriving after that had taken place was charged a reduced admission price of £1. They usually had approximately 40 tables in the hall, and dealers came with a varied assortment of cigarette cards, trade cards, postcards, stamps, and postal history, plus packets and tins from time to time. There was an auction which started at 6.45, and many of the members brought items with them on the day and just entered them in the sale.

Here are a couple of quotes from visitors

I heard from some guys that went down to Orpington and got some great cards. I think what struck me was the variety of gum and tobacco issues...

Who went to Orpington on Saturday? It really is a brilliant fair, lots of dealers and very well attended. They should be very proud. If you haven’t been, you really should make an effort to get there, I’m sure you won’t be disappointed.

The Christmas parties were always very well attended, around eighty-five members through the door from 10 a.m. onwards and usually with a good queue outside earlier, and it’s fair to say all in attendance, dealers and buyers, used to have a most enjoyable time - in fact some were "not quite finished" when the doors were closing at 4 p.m. A host of dealers, including national ones like John Shaw brought some superb cards with them, and there was much interest in the seasonal raffle, at 2pm, in which the first prize was a £100 Marks and Spencer’s hamper.

On the 6th of February 2020 they had a special event celebrating the 85th birthday (two days after) of one of the original club members, Dave Peet. He was a close friend of Bob Hogben, and helped Tony Atkins to form the Kent Branch from the ashes of the former North Kent Card Club, and he was still a regular attender. He was treated to a giant card which all the members signed, and a birthday cake.