A. E. Cherry – the founder of the Cameric Club 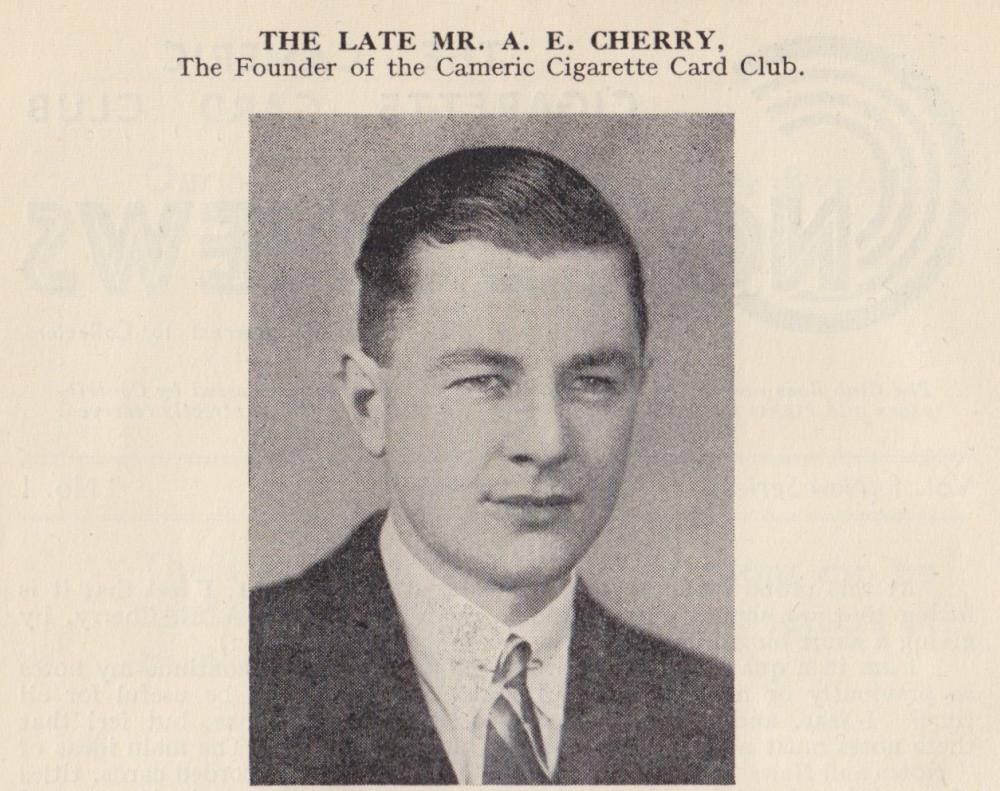 I was reading through some early copies of Cameric Notes and News (before the merger that formed the CSGB as we know it today) and I came across an article about the Cameric's founder - Arther Eric Cherry. It is a sad point that I doubt many are aware of and so I thought I would share it with you all.

The article is taken from Vol. 1 'New Series', Issue 1 of Cameric Notes and News, May 1946 and was written by Franz Vernon Blows - then the President of the Cameric Club.

Arthur Eric Cherry was born on 14th November 1917. In due course he attended first St. John’s School, Whetstone, and later the Central School East Finchley. Leaving school in 1934, he entered Bennetts, Estate Agents, as a clerk. After 3 years there he went to the Tottenham and District Gas Company and was at their Wood Green office when war broke out. In January, 1940, he was released and joined the Suffolk Regiment. He was trained at Lowestoft, moving in May to Beccles. In December he went to St. Neots, Huntingdon and in March, 1941, to Hawick. July found him at Whitefield, Manchester and September at Hereford. His last attendance at a club meeting was on October 4th 1941, while he was on embarkation leave. He travelled by the Cape, staying a week there when he was royally entertained. He arrived in India, had 2 weeks there and was off again. I received a card from him, undated, from India. Later it was learned that the Suffolks, with other regiments had all gone to Singapore, but it was not until Christmas Eve 1943, that a Prisoner of War card, dated February 1943, was received from him stating that he was well, and bearing his signature. No further news was received until the Adjutant of the Suffolks wrote in November last saying he had died of cholera in Singapore on June 29th, 1943.

His love for cards was shown early, but serious collecting started in 1933. On leaving school he conceived the idea of forming a Club for the purpose of exchanging cards. He and a school chum, Derek Campbell Burnett, worked out the details and the Club was started in 1935 under the name of Cameric (a combination of their names, CAMpbell and ERIC). Mr Burnett quickly lost interest but that did not deter our founder.

In 1936 I purchased a copy of CNN at a bookstall and finding a notice of a club in it, wrote for particulars and an interview with Mr Cherry. He replied that ‘he gathered from my letter that I was of mature age, and he did not wish me to be under any misunderstanding, as he was only 18.’ I was very amused and at the same time assured of his absolute honesty. At my first interview I found Mr Cherry to be rather short, thick set, with dark hair and brown eyes, a perfect gentleman, much older than his years, transparently honest and fervidly enthusiastic for the Club and its success. We became friends at once.

There are few, least of all himself, who fully realise what he did for Cartophily, but there are non to-day who do not pay tribute to the Gentleman who founded the Cameric Cigarette Card Club.