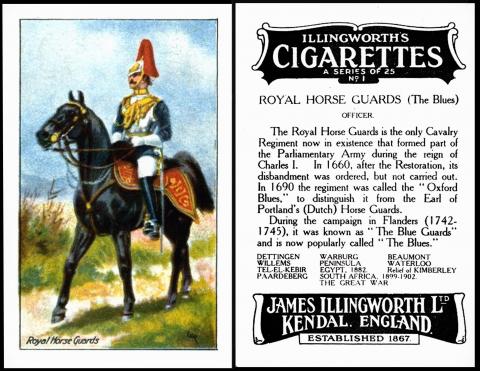 James, or J. Illingworth Ltd, was based at Ayling Mills in Kendal, and were founded in 1866.

They first started making cigarettes in 1895, and in that year they issued a set of cigarette cards called “Views of The English Lakes”. This was one of the first general interest sets.

They were bought out by E. Robinson of Stockport in 1931, and then became part of Gallaher, who retained their name, though seems to have added an initial, for their cards are by J. T. Illingworth & Sons.

By the way, these cards measure the same height as standard cards but are a bit wider at 68 x 43 m/m so they are usually classed as medium sized.