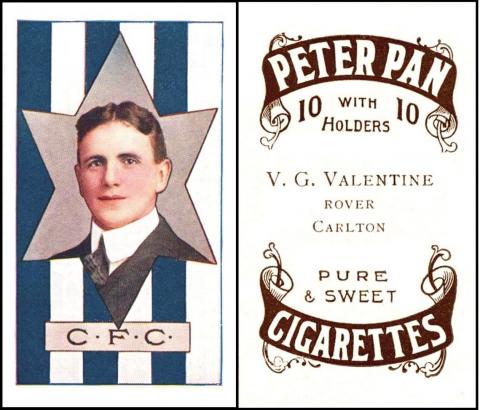 We have been told that not just Chelsea have The Blues - as a nickname. Actually there are several other British teams called that, all based on the colour of their home strip.  Test your knowledge, then when you run out of time, and patience, just have a look at EverybodyWiki/blues.

Actually they leave one out, as Manchester City also calls itself the blues, though it is light blue.

There are also overseas teams called the blues, France, and Italy, actually both the mens and womens Italian National Teams have this nickname.

And down in Australia the Carlton Football Club, who play Aussie Rules, (AFL), are also nicknamed the Blues, hence our card which shows V.G. Valentine, Rover for CFC, which is the initials of Carlton Football Club. Viv Valentine played entirely for Carlton from 1911 to 1918. You can see his stats table online

Our set of sixty cards was issued between 1913 and 1914, and they show Victorian League players, as in the State of Victoria, Australia. Sniders and Abrahams were based in Melbourne. And our man also appears in another series of these cards, series I, which has the footballer`s head in a shield and the club colours in quarters behind. Here is a plate of all the sets: 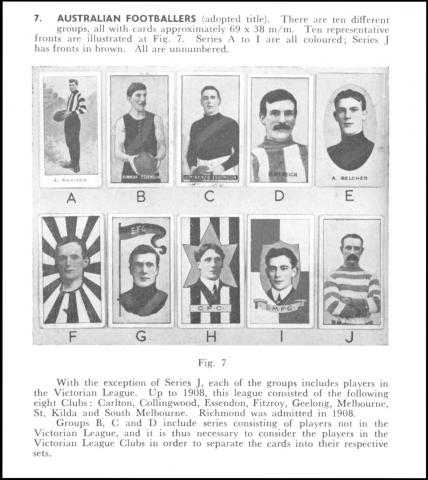 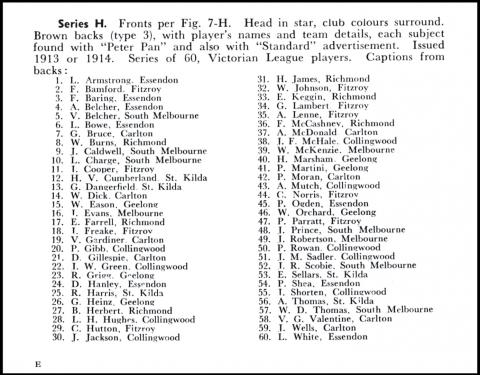