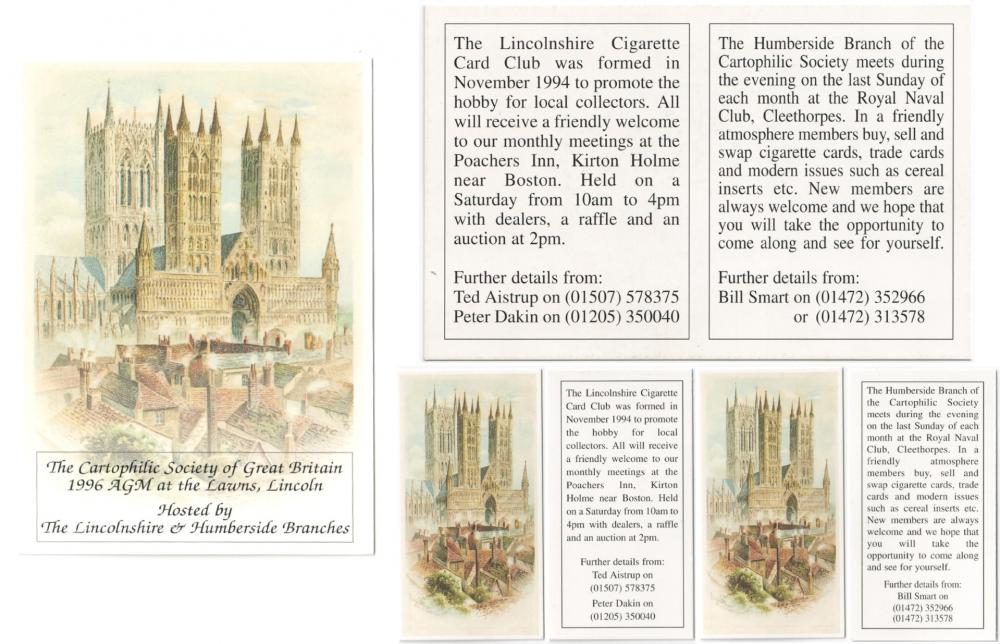 It is 1996, just two years after the founding of The Lincolnshire Cigarette Card Club and already they were co-hosting (along with the Humberside Branch) the Cartophilic Society Annual Convention. Lincolnshire were certainly living up to their aims “to promote the hobby of cigarette card collecting within the local area”. Our Commemorative card for this event showed the Cathedral and the address was given as “at the Lawns”, but in fact, this is incorrect, it should have read “The Lawn”. This amazing building actually opened as the Lincoln Lunatic Asylum in 1820, and it was supposed to be one of the most humane, in fact within twenty years they could proudly state that no form of mechanical restraint was in use. In 1905 it was renamed the Lincoln Lunatic Hospital, becoming The Lawn Hospital in 1921. It closed in 1985, when the Council bought it to use as a venue for events, including our convention, until August 2016 when it removed the glasshouse and sold the rest of the premises for a new business headquarters, cafe, restaurant and theatre. The Commemorative card for the convention was unusual because it has a double back, one side was for Lincoln Branch and the other side for Humberside. If you are wondering why, it was to reduce printing costs, as both these branches then issued the card, without the inscription, as half size, with a new front, without needing new artwork for the reverse.