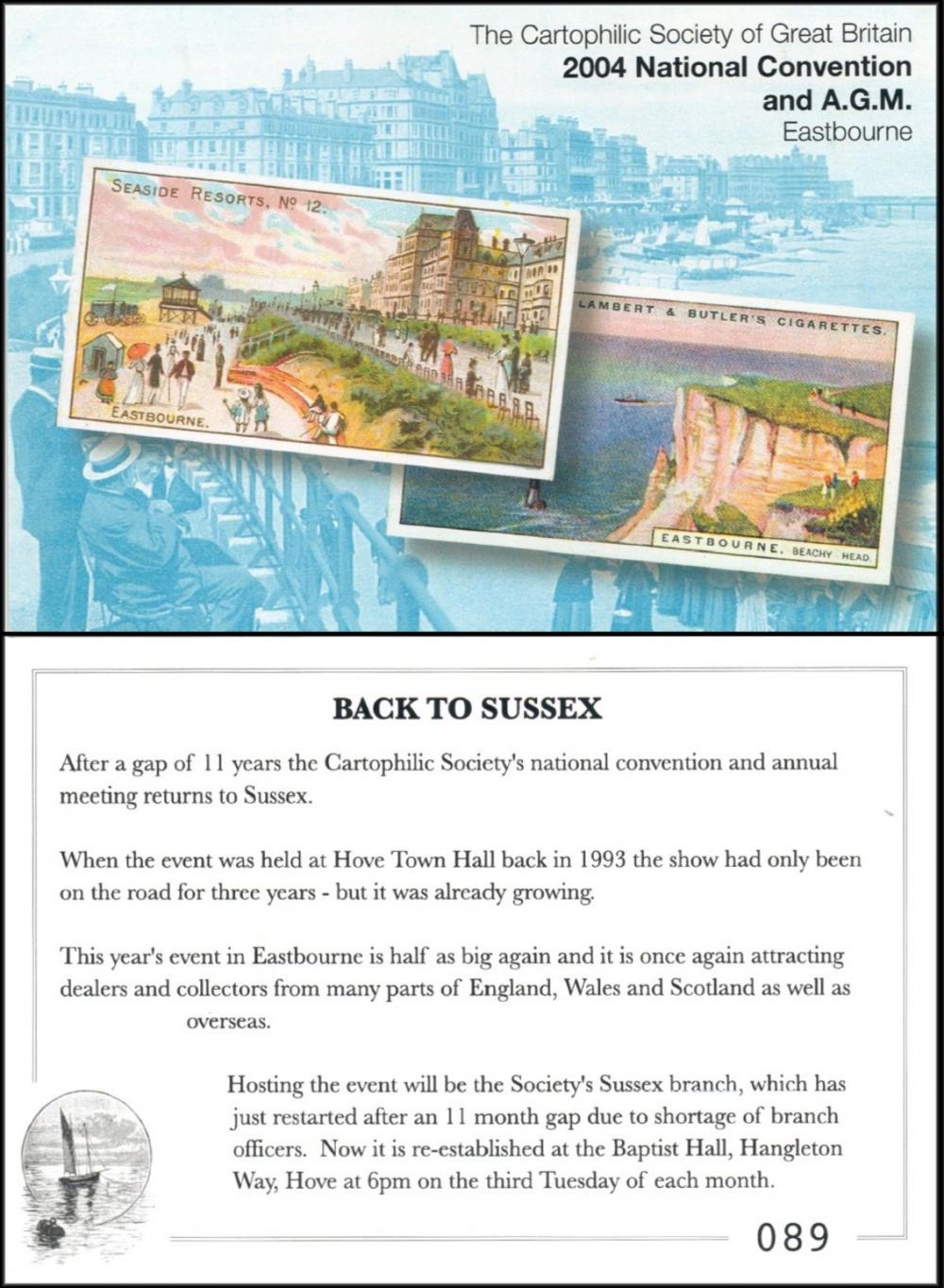 Held on Friday 23rd and Saturday 24th April. We were guests of Sussex Branch at a super location, right on the seafront, with our Society banner flapping merrily, and looking lovely in the sunshine, which we had indeed ordered specially. It made a change after a rather unseasonal few weeks, weather wise. Great support was provided by the members of Sussex Branch, in their yellow sweatshirts, created specially for the occasion, they were much in evidence, buzzing all around the convention, helping speed up the queues of non-members waiting to pay admission and enter the hall, running a daily raffle, and even valuing cards which had been brought in by locals after a “Cartophilic Roadshow” had been advertised on local media. They gained the nickname, rather unfairly, of “The Yellow Perils”. We were pleased to hear that they had received a few enquiries about their forthcoming branch meeting dates from local visitors. Friday proved to have the highest footfall, and most dealers reported to have done well. Saturday saw slightly lower attendance but there seemed more members at the AGM than last year. Messrs. Hoare, Jenkins, Stevens, Walton and Young were all re-elected to the committee We were delighted that Gordon Brayne was made an honorary life member at this event. Some of you may recognise his name and rightly know him for his card research and authorship skills, others for the fact that he re-opened and re-vitalized the second incarnation of Sussex Branch in the 1980s. Sadly that is no more. But today we were hosted by its successor, and its re-creator Granville Elliot. Mr. Howsden again won the Cartophilic Cup, and John Drapkin was runner up with his article on the issuer Major Drapkin. Sadly there was no Set of the Year contest this year; there was a definite lack of new issues, especially since Brooke Bond had decided not to issue cards and also in recent years the number of votes cast had dwindled.