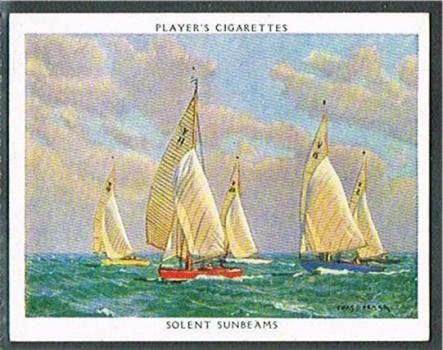 Winchester and Solent Branch meet on a regular basis once a month between 10 a.m.and 5 p.m. at The Sherpa Public House, Grange Lane South, Scunthorpe DN16 3BJ.

They were founded in 1983, after several Society members had suggested we try to organise a branch based on either Winchester or Southampton. Though there were branches in that area already, they found out that sixty members of the Cartophilic Society lived in South Hampshire. So an advertisement appeared in the Society magazine, saying an inaugural meeting was to be held in Winchester on February the 12th 1983. Eighteen members came, a further twelve having been interested but otherwise engaged that night.

The first job was to agree on a club name which would not include Hampshire, to avoid confusion with the two other branches, namely Hants and Surrey and Hants and Dorset. And it was decided to meet on the first Friday evening of each month.

For the first three years, these meetings took place in the Peninsula Barracks in Winchester. You can read all about them at:

The room at the “Light Infantry Barracks” was free of rent, which is why at that time they charged no subscriptions. The last meeting was held in January 1986; this was due to change within the ranks, the Barracks were being closed and the Light Division moved to a new depot on the outskirts of Winchester. To say goodbye, a special commemorative card was issued, which, unsurprisingly, is much sought after by militaria collectors. The front of this shows a reproduction of a card first issued by Churchman in 1934 as part of a set called “Well Known Ties”. Both show the barracks, and the Greenjackets regimental tie, but there are differences between the two so have a look and see if you can spot them. This is a most attractive set, and one which so few collectors seem to know of. But do be aware that the set has been reprinted more recently.

Anyway, the next move was to the Parish Hall, Littleton, which is just three miles north west of Winchester; and now the Branch was paying room rent. You can see the hall, after refurbishment, and its conversion into the Millennium Memorial Hall, at http://www.littletonvillagehall.co.uk/.

In April 1987, they were offered free accommodation, in The Eagle Hotel in Winchester, which was a central location, at the junction of Swan Lane and Andover road, right near the railway station, and next door to the site of a Roman Cemetery. They tried not to let that put them off but the room was very small, with a strange closed-in feeling, and the dim lighting not suitable for examining cards, so the first month at The Eagle was also the last. The hotel closed in the year 2000, and its now flats; during conversion works, the skeleton of a young Roman female was found beneath the building in a lead coffin.

In May 1987 another move, to the local Conservative Club; this was a huge room, and the rent was small, but the room was only available on a Thursday, which did not suit the regulars, so it was decided to return and investigate the Littleton Parish Hall, they even agreed to the same rent. This lasted some time, and there was an average of 45 paid up members, all of whom paid £3 a year membership. At this time the committee was Mike Harding (chair), Roy Heskins, (treasurer) Terry Cross (secretary), and Lew Shotton, who was co-opted because he was doing such good work as the auctioneer. Dennis Williams was President.

In 1993 another commemorative card was issued. They were not sure what to use as a subject until shown a set of twelve cards originally issued by A & C Fincken, who had made “Force” breakfast cereals. One of these showed the aeroplane which had won the Schneider Trophy outright for England in September 1931; it was a very attractive card and also relevant to the area, plus it showed an ocean liner which was, and is still a familiar sight. The original cards were not really cards at all, they were more of a paper issue, which explains why they are so scarce. The only other sale I can find of those originals was way back in 2013, when a set was sold at Special Auction Services – check out:

And if anyone out there pays for a subscription to invaluable and can unlock the hidden info, I would be very interested in the price it sold for.

In 1997, this were one of three co-hosting branches involved with the Cartophilic Convention, which was held at the Southampton Guildhall; the other two branches were Hants and Dorset and Hants and Surrey. And all are mentioned on the most attractive commemorative card showing three ocean liners, a familiar sight in the area, from a wonderful drawing by Paul Merchant.

The next move came quite by chance – we are not sure why it was decided to hold the Autumn 2007 All Day Fair at Botley, but they took to the venue immediately and all made the decision that they would like to make it their new permanent meeting place.

So in 2008 we moved out of the Littleton Village Hall, where we had met for over twenty years, and started the next stage of our story at Botley Market Hall, High Street, Botley, near Southampton SO30 2EA. This was originally built in 1850, its right in the centre of the village, but still has a car park to the rear.

Our miniature-style image is actually the centre section of a vintage postcard issued by F.G.O. Stuart at the turn of the last century, but it is amazing how little the exterior has changed in that time, and we are delighted to say that its excellent preservation has led to it becoming a Grade 2 Listed Building.

It was refurbished sympathetically in 2012 to include the large main hall and the smaller room upstairs that we use for our branch meetings, and we are delighted to say the building was also made fully accessible for all our visitors, it even has a stairlift! If you want to read more about the hall, with a map, the website is:

In 2020 we again planned to co-host the Cartophilic Society`s Annual Convention with our neighbours from the Hants and Dorset Branch, and make this the biggest convention ever. Sadly the coronavirus had other ideas, but we were delighted that we will be co-hosting in 2022. You read it here first!