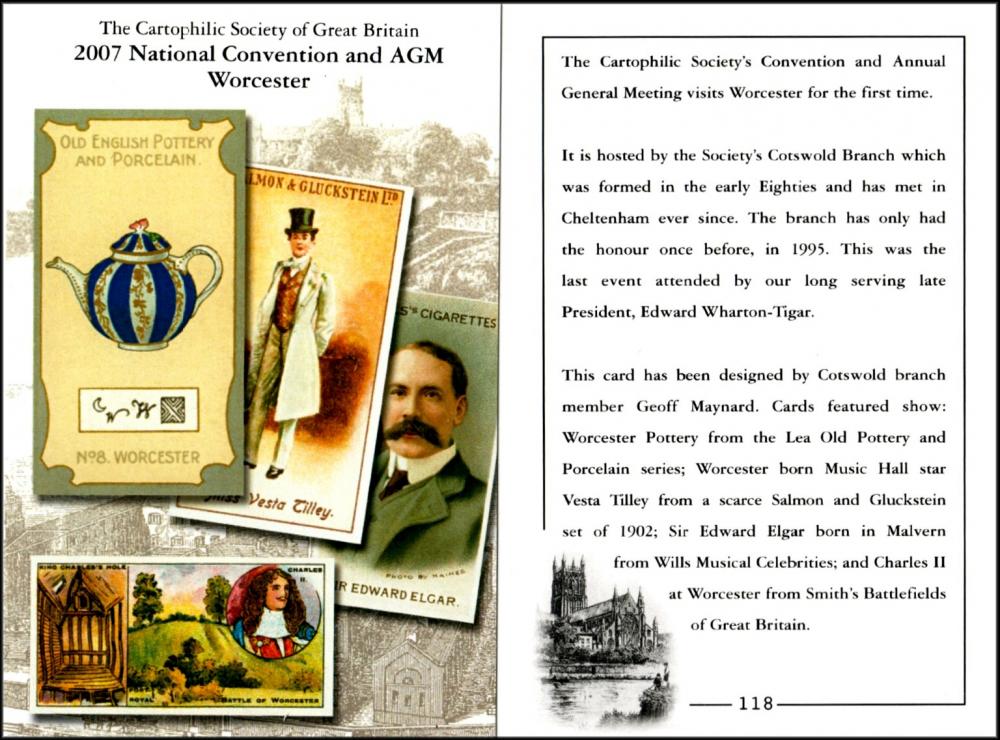 Our first trip to Worcester was a well attended event, with lots of happy visitors and dealers. Maybe some of those visitors had heard us mentioned on the “Steve Wright in the Afternoon” radio show, or read about us in the local papers. We were admirably hosted by the Cotswold Branch and its Branch Secretary Mr. Lightstone. A few complaints this year, the size and speed of the café, and also a late cancellation of the room we had intended to use as our AGM room, but we coped admirably with being moved to the play nursery! The AGM saw two new life members, Messrs Stevens (our retiring membership secretary and silk specialist) and Belshaw (who never did give up trying to save his beloved East Midlands Branch). The Cartophilic Cup changed hands, and went to Mr. Walkley, but Mr. Howsden was runner up. We also announced next year’s venue would be Thetford in East Anglia.