A tribute to Mary Pickford

With many thanks to “bowbara” 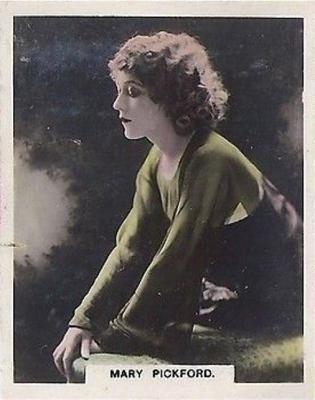 The actress that we know as Mary Pickford was born Gladys Louise Smith in Toronto, Canada. There is some confusion over the day, it is variously quoted as April 8 or April 9. However if you do a little digging, you will find out that when she was very young, her father died, and as he had been born on April the 8th, she changed her actual date of birth (April 9) to his. The year is also not firm – it can be quoted as 1892, 1893, or 1894 – but though it appears no records survive, 1893 is thought to be most likely.

The earliest cigarette card of her is stated to be F & J Smith “Cinema Stars“ which was issued in 1920, but she had already appeared on several postcards. The one pictured below was issued in July 1910 and shows a film called "Ramona", a filmed version of a novel that was still popular though it had been written in 1884. However, at the time you would not have found Mary Pickford listed as being in it, as she was acting at that time under the pseudonym of Dorothy Nicholson. This name had been borrowed from a character she played in one of her roles, in “Mrs. Jones Entertains” which she made in 1909 – this being a short film directed by D W Griffith.

This was not her first acting name, as she had been on Broadway as “Baby Gladys [Smith]”. 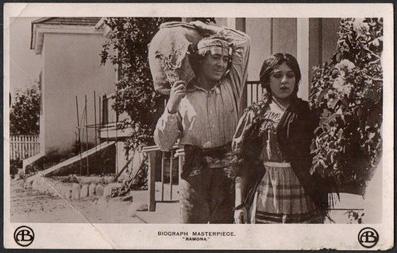 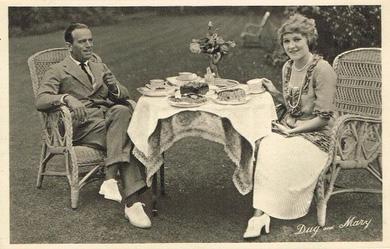 In 1919 she was one of a trio of actors who formed their own studio, called United Artists. The other two were Charles Chaplin and Douglas Fairbanks. She had known Douglas Fairbanks since 1915, when they met at a party, and she married him in March 1920, but only revealed the fact to her fans three days later – many of whom did not know that she had actually been married before (in January 1911) to actor Owen Moore, and again in a secret ceremony. She had actually kept that marriage secret for longer, and even from her family; being only forced to tell the truth after the pair had been caught together. She was only divorced a few days before she married Douglas Fairbanks.

These two postcards were issued by "Cinema Art" of Shaftesbury Avenue in London, in approximately 1921. 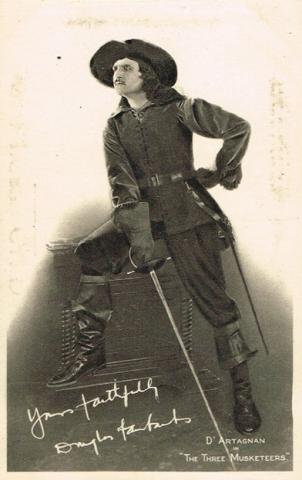 Douglas Fairbanks was known as the King of Hollywood, he made over 100 movies, including swashbuckling action pictures where he did practically all the stunts and acrobatics, spectacular films like “The Three Musketeers” (1921), “Robin Hood” (1922) and “The Thief of Baghdad” (1924)

Mary Pickford was married to Douglas Fairbanks until 1936, then they finally divorced after having been separated for some time. In 1937, she married Charles “Buddy” Rogers, who was younger than her and freely admitted he had been a big fan of hers. They had known each other for ten years prior. This marriage resulted in her only two children, both adopted from orphanages. He can be seen on Abdulla “Cinema Stars” (1939) 13/32. She remained married to him until she died on May 29 1979.

This has only been a short taster, so we suggest if you are already, or becoming a fan, that you nip over to this short Mary Pickford biography.